Business solutions on a personal level

The success of any organisation depends on the people working on it and in it.
Increasing any level of success within an organisation is more of a psychological aspect than a mechanical.

Every organisation has to deal with big changes. Are you looking for A-players who can take the role of a leader in these challenging times? Learn how to use leadership as a change-agent in your organisation.

Get a private session tailor-fit to your needs and wishes to help you get unstuck or move forward faster.

Teams are the building blocks of any organisation. Make sure they're equipped with the best skills to get the job eone

Need to keep up moral and motivation? Book a speaker and experience knowledge and entertainment go hand in hand 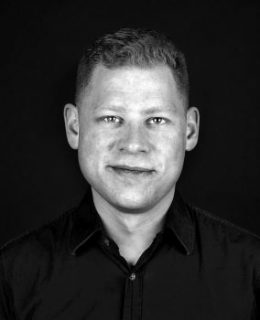 Choicepoint was founded in 2010 by head-trainer, speaker and coach Robert van der Wolk. It's mission: to awaken possibilities by empowering people to manifest their greatest ideals. These possibilities lay within all of us, and with the right approach, they can be awakened and used for the changes we wish to see in the world we live in.

Choicepoint is a scientific term coined by Princeton University's physicist dr. Hugh Everett III, who stated that according to quantum physics, we can choose the reality we want to unfold before us, rather than for chance to decide what will happen. Choicepionts are those decisive moments where we can jump from one reality to another and consciously choose that reality we desire to live in - whether this is on an individual, national or global level.

“We live in a world where it’s easier to believe that we don’t have the power to deal with the changes that surround us. To truly be a leader and make a difference, it is so important to know in every fiber that you are stronger than any challenge life can throw at you.”
Robert van der Wolk - Founder and head-trainer

What You’ll Get When Working With Us

Every program is tailor-fit to the needs of our clients. Whether it's one individual, or an entire team - we help you to get what you want whilst providing you with what you need.

At the heart of every organisation, you find people. Without people, there would be nothing. Our expertise  is to get the best out of people.

We've been working with our clients since 2010. That means you're getting 12 years of our skills and experience, compressed into one session.

Robert and his team have provided us with an entertaining and educative day where we've experienced so many useful and practical tools to work together better.

Robert is a wonderful speaker. He'll take the audience along into an amazing world where problems don't seem to exist - but where beautiful challenges are abound.  He knows how to persuade people to change by taking small steps. The NVN received a lot of positive feedback from people who started to make decisive changes the day after the presentation, which resulted in a significant increase in quality of life.