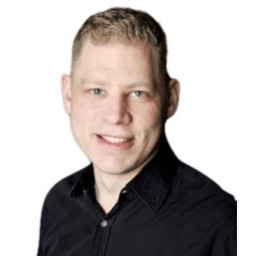 Do You Have a Problem?

We all have them – problems, challenges, issues, or whatever you’d want to call them. In fact, we need them to grow and discover more of our own potential. Without problems, there would only be comfort zones.

So what is a problem? Most people would argue problems are obstacles, annoying barricades that seem to rise up at times we least like them to have around.

Problem, Challenge, Issue
I used to soften the word, by calling it a challenge or an issue. ‘No, it’s not a problem – it’s a challenge’. Sometimes this would work, but often times, my mind would just start to argue with me, telling me I’d only fool myself by changing the word, but keeping the meaning.

And here in lies the problem – or challenge of you will 🙂

What is the definition of a problem?

Though I got the best answer from one of my teachers early on at the beginning of my career, I kept on searching for a definition of the word ‘problem’.

It’s mostly the association we have with the word ‘problem’. If you think of a problem, then what do you think of? And how does it make you feel?

All right, please note that at this time, it would be my advice to do something to create a distance from you and your problem. Shake it off, or even stand up and do some jumping jacks. When you’re done, please come back, I’ll help you resize and redefine your meaning and definition of a problem.

Ok, you’re back? I presume you did shake it off or do something else to put that problem you were thinking of into the far background.

As you could see, it’s the association of the word that gives you the meaning of it, which either supports you or limits you. And if it’s not supporting you, than I’d recommend changing it.

Keeping problems
Though some people might say to drop the word problem as a whole from your dictionary, I would disagree. The word exists, and it’s already fundamentally rooted into your cognitive mind. Trying to erase it would be similar to unlearn the skill of walking. It’s virtually impossible.

Changing the association
So how to change your association of the word problem? Well, think of something that you once really wanted to have, but at the time, you didn’t. It doesn’t really matter what exactly you’re thinking of, only that the result is this: you got what you wanted.

And how about your teen years? Can you think of something that you wanted then? Of course you can. Just imagine how it was to be a teen, and what kind of things was important to you. You recognize the feeling of missing something – and later on getting it? Great, imagine it to the detail, really step into the feeling of wanting it, and then getting or accomplishing it.

Now do this one more time. Go back just a little bit. To last week, or last month. There was a situation in which you didn’t have the result yet of something you really wanted. A small thing made big, or even a big thing made bigger. You got it? Recognize the feeling when you didn’t have it, and then immediately go to the feeling of when you did get it. A relief, right? Yeah.

What you just did, is making a start of reconditioning your mind to redefine the association to the meaning of the word ‘problem’.

So whenever you find yourself in a situation that you feel you’re missing something that you’d like to have or be in, just remember that you have a problem, and that there will always be a solution to get to the situation you want to be in.